”On approaching this town, I was struck with the solidity and elegance of the bridge over the river, by which I came into the place, and asked some questions concerning it. All I could learn was, that it was lately built by a foreigner.

On getting into the inn in which I now write, I accosted a genteelly-dressed young man, whom I found in the best room, thinking him to be the landlord, and asked him how Engelholm chanced to have a bridge built with all the strength of a Scottish bridge? 'No wonder,' answered he in the Forfarshire dialect, and with eyes sparkling with pleasure, 'for I, Blackwood, from Angus-shire, in Scotland, built it; and I reckon it, without exception, the best bridge in Sweden.'”

A conversation more than 200 years ago as reflected by one of the participants, James MacDonald, in his book ”Travels through Denmark and part of Sweden, during the winter and spring of the present year of 1809”. For me this was an irresistible challenge to investigate. The bridge is the Engelholm bridge over the Rönne river, built in 1806 and used until 1864.

The questions are many. Who was Blackwood, did he tell the truth, what was his first name, what was his role in the building of the bridge and why was he in Sweden?

I got the tip on the book by Professor Roland Paxton at Heriot Watt University in Edinburgh. On one of his visits to Copenhagen to lecture at the Danish Society of Historical Roads we went to Ängelholm to inspect the bridge site. We didn't see anything of the old bridge. At the site is now the Carl XV's Bridge (Fig. 1) and between 1864 and 2005 there was another Carl XV's Bridge, similar to the present one. 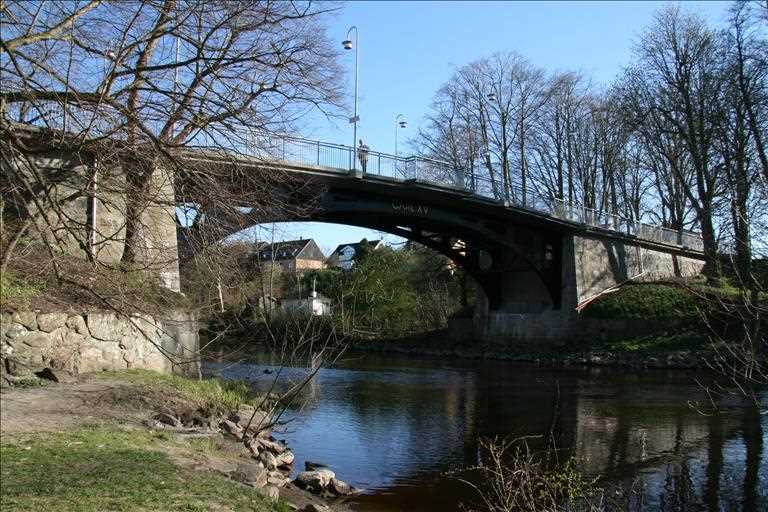 I started by looking at the Internet and in libraries and found Karl Enghoff: “Ängelholm 1516 -1916”, published in1929, Ove Torgny's article “Så blev bron Carl XV:s” in ”Ängelholm. En hembygdsbok 1989” and Hans Wåhlin: “Scania Antiqua. Bilder från det forna Skåne”, published in 1931. I also found a variety of other writings about Ängelholm but without information about the bridge.

In Enghoff''s “Ängelholm 1516-1916” there is a chapter entitled “Ängelholms bro” with a description of the funding of various proposals for a new bridge and also a map of Ängelholm with bridge and ferry sites.

But there is nothing about how the bridge was built and the builders, and there is not any list of references. Where are those documents that Enghoff refers to?

In Torgny's article, James MacDonald is quoted and there are also two drawings of the bridge. Nothing more about the bridge of 1806. One of the drawings is reprinted here at Fig. 2. You can find it also in Scania Antiqua and other books about Ängelholm. 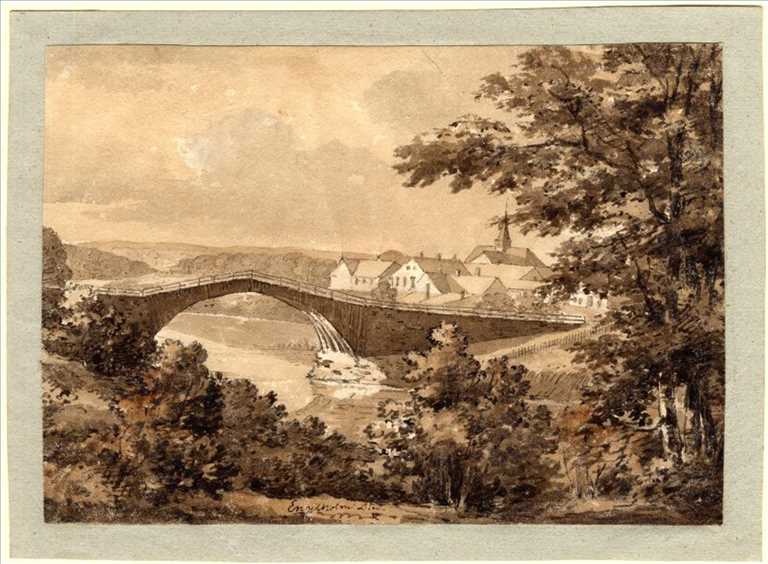 From Johan Brinck, chairman of Ängelholms hembygdsförening, I learned that the documents about the bridge probably are at the Landsarkivet in Lund and that in the beginning of the 19th century a group of Scotchmen worked at Engeltofta manor, 6 km north of Ängelholm. They had been recruited to develop modern agriculture and to construct a factory for agricultural tools. During a couple of years the factory was managed by Robert Blackwood who was dismissed after a dramatic controversy with the owner.

The story about that is told in Åke Håkansson's article “Från skotsk fabrik till skånskt magasin” in Bjärebygden 1995. I quote Håkansson, translated from Swedish: “Robert Blackwood was an architect and born in Beunsford in England 1781. After the time in Svaneholm and Engeltofta he moves to Göteborg. He dies in Stockholm 1847.” Åke Håkansson grew up at Engeltofta. He became interested in the family Blackwood and he has in a letter to me shown me the relationships.

In church registrations from the parishes of Ängelholm and Barkåkra (Engeltofta) I did not find anything about Blackwood. Neither in the Landsarkivet in Lund. This does not necessarily mean that information was missing. To read old time handwriting in archives is very trying and requires more time than I thought I had.

At the Internet I got in touch with Steve Blackwood who did research on his family. With the help from him, Åke Håkansson and John Ashton's book “Lives and livelihoods in Little London. The story of the British in Gothenburg 1621 – 2001”, Warne förlag 2003, I have come to the following.

Andrew Blackwood was born in Scotland 1750 and died in Göteborg 1832. He was married to Rachel Robertson and they had three? children, Elizabeth, Robert and Thomas? (Steve Blackwood did not find Thomas). Andrew Blackwood was called to Göteborg 1785 to lead the construction of a water conduit between Kallebäck well and central Göteborg. The conduit was so important that it was opened in 1787 by king Gustaf III. More about the conduit is in “Vattenbyggnadskonst i Göteborg under 200 år” by Hans Bjur.

Was it Andrew Blackwood who built the bridge? He was an experienced builder but he was scarcely “a young man“, 59 years old in 1809.

Robert Blackwod was born 1781 in Bainsford (not Beunsford), Falkirk, in Scotland and died in Stockholm in 1847. He was married to Dorotea Elisabet Holmlin. Robert Blackwood followed in his fathers footsteps, working for the City of Göteborg. Among his duties were the supervision of the streets, dock/quays, ports and gutters, stone works/constructions.... The archives have many of the original drawings and blueprints by him.

There may be Robert Blackwood who built the bridge, living close to Ängelholm and 28 years old in 1809. Did he also design it and where is in that case a working plan?

Thomas Blackwood. John Ashton writes that Andrew Blackwood was succeeded by his two sons Thomas and Robert as supervisors of the water system in Göteborg between 1803 and 1839. Besides I don't have any information about Thomas Blackwood.

Consequently I cannot determine whether it was he who built the bridge. But he was obviously also a builder, engaged in the water system of Göteborg.

I never came to Göteborg. Years passed and I had almost given up. But in another errand to the National Archive in Stockholm, Riksarkivet, I also looked for the Engelholm Bridge and then came a hit. I found a “Concept” for a working plan made by F. Blom (Fig. 3). It is approved 1805 and it coincides with Anckarswärd's drawing. The most plausible is that it has been used when the Engelholm bridge was built in 1806. 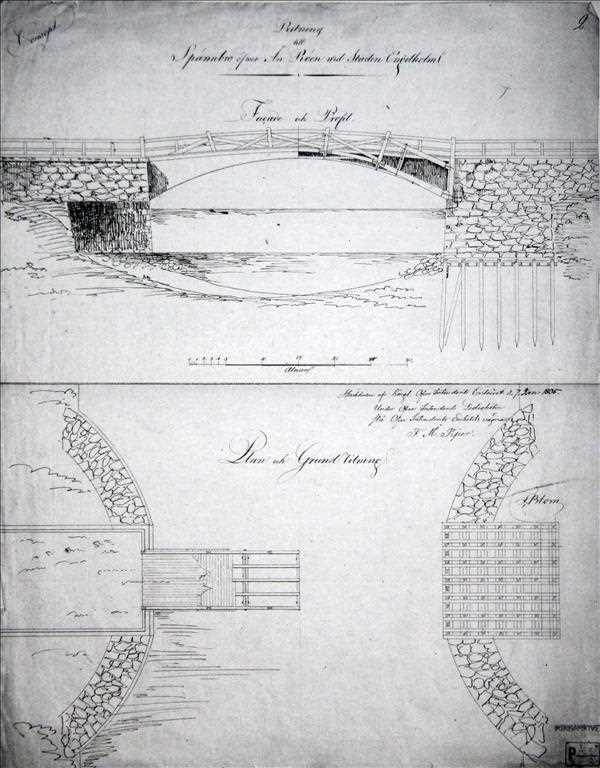 F. Blom is Fredrik Blom who later became a well-known architect and who has designed many important buildings in Sweden, many of them still existing. He was born in Karlskrona 1781 and was educated to be an officer in the Navy. By the time he became colonel and professor. More about Fredrik Blom can be read in Thomas Roth: “Fredrik Blom. Karl Johans arkitekt”, published in 2009 and at http://sv.wikipedia.org/wiki/Fredrik_Blom.

If now Fredrik Blom designed the bridge and Robert Blackwood built it, it is remarkable that they got this responsibility at such young age, both 25 years old. Even if the bridge might not be “the best bridge in Sweden” it was unusual and had a large free span of 24 m according to the scale on the working plan.

Imagine my delight when I found Blom's plan. Without this discovery, I had not written this. You don't have to be brilliant to do research. Interest and being in the right position will take you a long way. And if you are lucky you may also experience the great joy of finding something.

You, dear reader, may know something more about this story. If so, please tell us below and we will all be very grateful.

Make a comment...
About the author
Lars Martin Nilsson
Civilingenjör 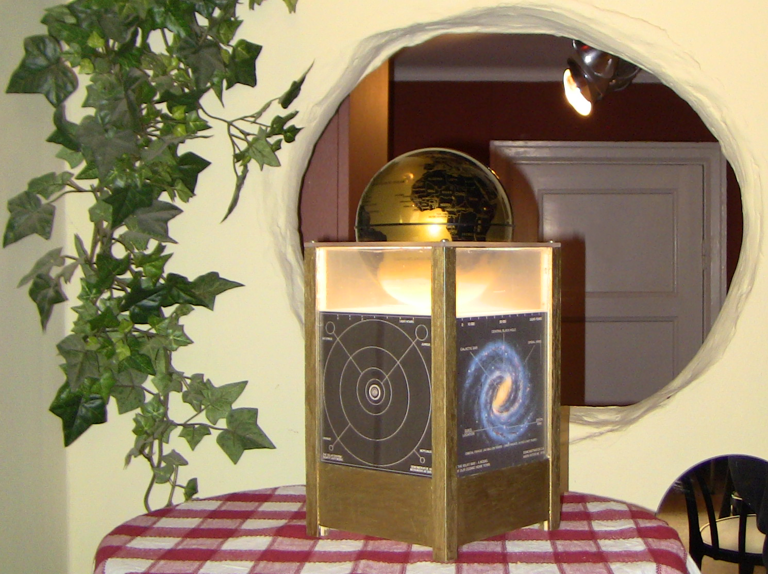