To the glory of the inventor

The Bible's story of creation can be read as a tribute to the first inventor. The supreme creator completes his work with an image of himself. But creative people acquire as inventors success mostly as exemptions to the rule that most endeavors become financial failures. However, every granted patent provides the inventor with evidence of having produced a novel technical solution to a problem that may benefit others. Being the prospect of success so small, support is needed for many more inventors. In today's global competition greed, unfortunately more often than not, deceives wisdom.

Our society is based upon the outcome of inventors! In order to preserve wealth and prosperity as well as our survival at emergencies, inventors need to be many more, both as employees and as freelancers. History insists that the freelancing inventors many times break new grounds, where budget-bound researchers and product developers will rather avoid investing their time. Unfortunately, economists with effective control systems now dismiss opportunities that former visionaries embraced, for example in Astra, Ericsson and Televerket, where the aforementioned opened up new frontiers through their so-called skunk projects.

The man behind the Nobel Prize was an inventor. Alfred Nobel wanted to award both inventors and discoverers. The former have often been overlooked in favor of the latter, despite Nobel's clearly stated intention in the will. The question is now what happens if the number of discoveries will increase due to the use of advanced artificial intelligence. Would even fewer inventors be rewarded then? In particular, freelancers need to have greater reassurance for the future.

Three years before the financial crisis of the Swedish banks and thirteen years before the turn of the millennium, the CEO of The Royal Academy of Engineering Sciences Hans G. Forsberg expressed a ruler's view on inventing, through the sentences "big is beautiful" and "the epoch of the 'village genius' is over." An intense debate began in the Ny Teknik magazine about the legitimacy of inventors, including the headlines "The devastating downside of the inventor" and "No use to invent". Thirty years later, the newly formed National Innovators Council wants to change the circumstances for the better, both domestically and abroad, including informing on individual, self-experienced and inspiring examples of success and victory, despite the negative preconditions.

It is most self-destructive to have a country's government perceive free inventors as just weak-voiced representatives for special interests. One experiences here a very strong sense of exception from the principle that we all should feel secure that our rights are not being violated. The Swedish laws about Women’s Peace, Home Security, Court Security, and Church Security came in the Middle Ages when Stockholm was founded. What the National Innovators Council has expressed about the current lack of security for free inventors, ought to alert Sweden's decision makers and opinion makers to take this matter seriously, ahead of the upcoming elections.

To the glory of the inventor 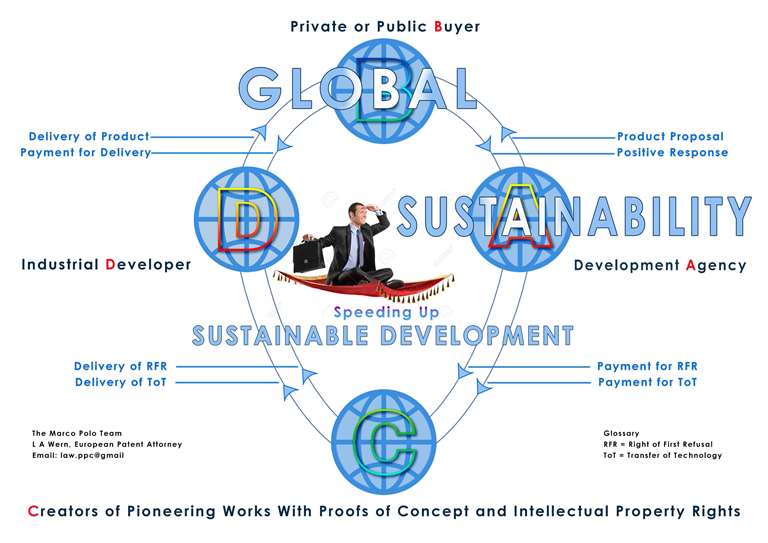