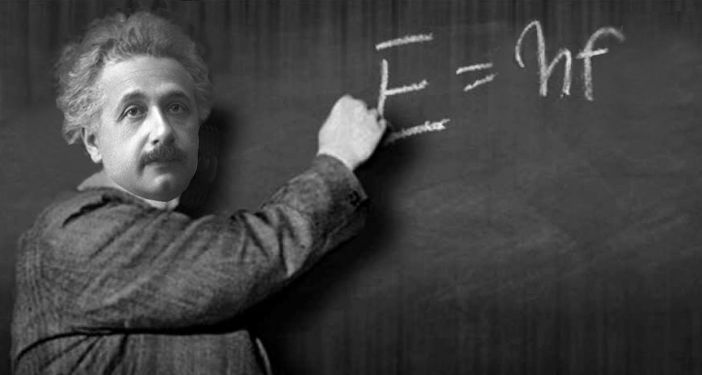 Albert Einstein was awarded the Nobel Prize in Physics 1921 mostly for his explanation of the photoelectric effect and of Brownian motion. In his Nobel lecture 1923, it became clear that he had a dream of linking gravity and electromagnetism. He could not "rest content with the assumption that there exist two distinct fields totally independent of each other by their nature."

The research by him and others has not resulted in a generally accepted unified theory solving, for example, the mystery of some so-called large number coincidences which were first recognized in 1919 and which are today interpreted by anthropic arguments. As a result of a more scientific interpretation that can make Einstein's dream come true, a long-sought missing link for unification was found. It has been overlooked by the scientific community, but the finding is included in a text written by me and published in 2009 by the Swedish Mathematical Society.

The text below complements with easy-to-follow mathematics at the undergraduate level both the above-mentioned paper* and additional papers** written by me and published in 2012 by the Swedish Mathematical Society.

The square root of the number of protons in the universe is a large number estimated to be in the order of 1040 which happens to be equal to the size ratio between the universe and the proton as well as to the strength ratio of the electromagnetic and gravitational forces between the proton and the electron in the omnipresent hydrogen atom. According to the inverse square law in classical field theories, the size of the universe can be represented by the field defined radius rg = GM/c2 determined by its estimated total mass M, the gravitational constant G and the velocity c of light in vacuum. In correspondence thereto, the size of the proton can be represented by the field defined radius re = e2/(mec2) determined by the elementary charge e with the characteristic mass me. It is then possible to express the above-mentioned large number coincidences as rg/re = e2/(Gmpme) and (rg/re)2 = M/mp where mp is the proton mass.

The latter relation can be expressed as M/rg2 = mp/re2 and given the interpretation that the number of protons in the universe is in the expanding space-time model simply the result of a cristallization process on a cooling horizon surface rg2 with the cell area re2 per proton. Anyway, it is quickly proved that the two so-called coincidences above are connected since (rg/re)2 = (rg/re)e2/(Gmpme) = (rg/re)remec2/(Gmpme) = (rg/re)Mremec2/(rgc2mpme) = M/mp. And it is also easily proved that both represent a mass ratio since rg/re= e2/(Gmpme) = re mec2/(Gmpme) = me/(Gmp me/(rec2)). The definition of a mass mg as equal to Gmpme/(rec2) results in the equation rgmg = reme where it can be interpreted to represent the characteristic mass of an elementary particle connecting mg and rg to the force of gravitation in the same way as the electromagnetic force is connected to me and re.

The strength ratio of the two forces becomes here related to the ratio between the characteristic masses of their respective elementary particles with the masses mg and me. If these are interpreted as wave groups, a motion velocity v can be expressed as c2 divided by the phase velocity u defined as the product of the wavelength l and the frequency f. A chosen numerical value for Planck's constant h makes Louis de Broglie's equation h/v = l m usable for defining the mass m. The above-mentioned relation v l f = c2, where c is today a chosen numerical value for defining distance from time, results then in the Einstein-Planck equation mc2 = hf which can relate mg to a wave frequency fg in the order of 10-20 Hz and me to a wave frequency fe in the order of 1020 Hz. While the existence is still not proved, de Broglie conjectured almost a hundred years ago that the elementary charge e has an internal clock.

Since (rg/re)3 = (rg/re)M/mp = (me/mg)(M/mp), it is obvious that (M/mg)/rg3 = (mp/me)/re3 so the universe has, as counted per volume measure re3, an average density of mp/me particles with the mass mg. Besides their role in the proton creation as described by the relation mg = Gmpme/(rec2), they offer an explanation of dark matter so my preferred nickname has been "darkinos" ***

Recognizing the equation rgmg = reme as a long-sought missing link for unification, a most simple wave model of time was proposed by me for connecting both gravity and electromagnetism to a varying scale ratio of time dt/dtr = sin(2π t/T) where T is the repetition cycle and dt is a measure that is related to a flow of time t representing either one of the two forces and that has a maximum dtr as a measure related to a reference flow of time tr representing then the other force. In this model, it is of interest to note that the direction of the flow of time t changes at the zero-crossing points inside the cycle T due to alternating positive and negative values for dt/dtr, and that electric charges of opposite polarities possess opposite phases.

With distance defined from time, the size ratio rg/re can be linked to the scale ratio of time dtg/dte = sin(2π tg/T) where it is easy to derive that dtg/dte = sin(2 arctan e2π te/T = 2/(e2π te/T + e-2π te/T). In summary, it is possible to use the proposed wave model of time for describing an apparent accelerated expansion of space-time with a constant density of "darkinos".

* The paper published 2009 was written by me in English with a Swedish abstract:

1 0 203 views
The article has no translations